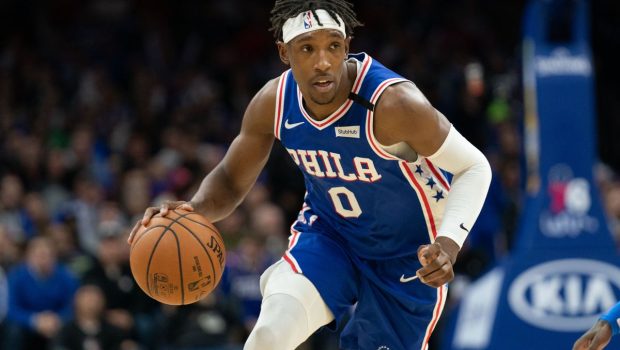 SIXERS J-RICH IS EAST PLAYER OF THE WEEK!

In his fifth NBA season, and first with the 76ers, it’s Richardson’s first career Player of the Week selection.

Richardson led the 76ers to a 2-1 week, including wins over Oklahoma City and Boston, while posting a team-leading (eighth in East) 22.7 points per game. For the week, Richardson connected on better than 50-percent of his shots from the field (24-47) and scored 16-plus in each of the three contests.

Last Monday, at home against Oklahoma City, Richardson notched a team-high 23 points (9-17 FG) and added four assists as the 76ers earned a 120-113 win, snapping a 10-game home losing streak against the Thunder. He followed up on Thursday with a 29-point (9-16 FG), seven-assist outing against Atlantic Division-rival Boston, the East’s No. 2 seed. In that game, Richardson knocked down each of his career-high 10 free-throw attempts as the 76ers clinched the season series over the Celtics for the first time since 2013-14. With the pair of home victories, Philly improved to 18-2 at home this season, the team’s best home record through 20 games since 1982-83. In the team’s final game of the week, Richardson tallied 16 points in 34 minutes at Dallas on Saturday night.

Richardson, who was acquired in an offseason trade with Miami, has appeared in 32 games (all starts) for the 76ers this season, averaging 15.5 points, 3.3 rebounds, 3.5 assists and 1.0 steals in 32.1 minutes per contest. He’s scored in double figures 24 times and reached the 20-point mark on eight occasions, including twice over the past week. The former Tennessee Volunteer is the team’s first Player of the Week honoree this season and the first since Ben Simmons earned the award in March last season.