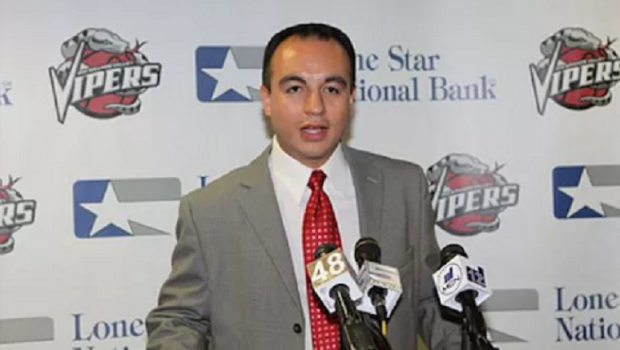 SIXERS IN FINAL DAYS OF SEARCH FOR A NEW GENERAL MANAGER!

The Sixers are finally in what appears to be the final strokes in their summer-long effort to replace disgraced big boss Bryan Colangelo,

ESPN is reporting that are Houston Rockets executive vice-president GM Gersson Rosas (above) and Utah Jazz assistant GM Justin Zanik are being wooed this week.

The Sixers parted ways with Colangelo after a Twitter scandal centered on Colangelo and his wife. Head coach Brett Brown has been serving as acting GM, and the Sixers made it clear that Brown could hold the role for a while — even into next summer.

Along with Rosas and Zanik, the Sixers are interviewing several internal candidates, such as their G-League GM and former NBA standout big man Elton Brand,

Former Cleveland Cavaliers GM David Griffin reportedly also interviewed for the post, but is not under consideration.

The Sixers open the season Oct. 16 against the Boston Celtics.