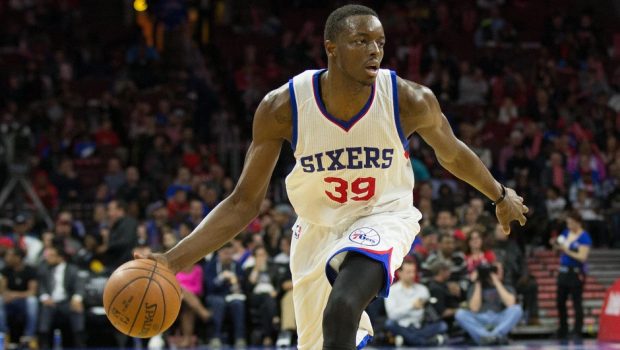 SIXERS IN DRAFT LOTTERY, THANKS TO TRADE OF JERAMI GRANT IN 2016!

As the Sixers prepare for today’s game 2 against the Celtics in the bubble, they are also getting ready for tomorrow night’s NBA draft lottery, which they qualified for because of a trade with OKC.

The Thunder are also in the playoffs but won too many games to avoid conveying the pick, in exchange for the 2016 trade of Jerami Grant, who is now with the Denver Nuggets!

As we know, the Sixers lucked up with the Oklahoma City Thunder’s winning ways this season. Shockingly, Chris Paul and the Thunder had quite the year after it was assumed they wouldn’t amount to much without Russell Westbrook and Paul George.

But Oklahoma City did well this season, and they did well enough not to have the opportunity to pick up their Top-20 protected first-round pick. Now, the Sixers will possess a first-round pick, plus four second-rounders. It will be interesting to see which selections they keep — and what comes out of the ones they don’t if they choose to make some moves before selection time.