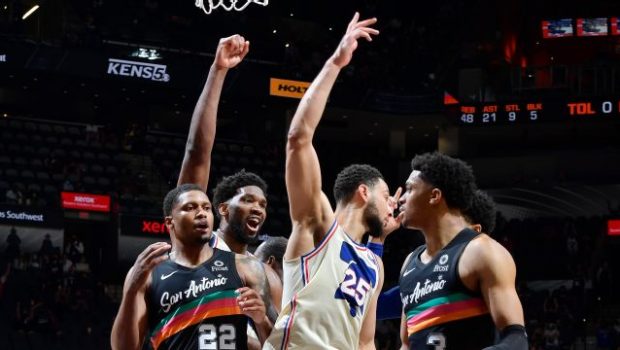 The Sixers are 25-7 at home this season, best in the Eastern Conference.

And they hope to make it 26-7 when they play Zion Williamson and the Pels at the Wells tonight.

But, as last season proved, a great home record doesn’t get you very far in the playoffs if you suck on the road.

The Sixers rode Joel Embiid’s 34-point, 12-rebound effort to a 135-115 win over the undermanned Houston Rockets.

It was the Sixers’ sixth consecutive win. More importantly, it was their third straight road win, raising their road mark to 20-14.

“That’s one of the things we talked about, we have to win on the road and we’re doing it,” coach Doc Rivers said. “And we have to keep doing it.”

“For me, the one seed (in the East) is very important,” Embiid said. “Every game we play at home, it just feels like we’re unbeatable. So we just gotta keep pushing, keep grinding out these wins, and do our best to keep winning.”

More than home-court advantage, securing the No. 1 seed will mean the Sixers will have an easier path to the East final. If they advance past the first round, they would likely face the New York Knicks or the Atlanta Hawks in the second round instead of Nets or Milwaukee Bucks.