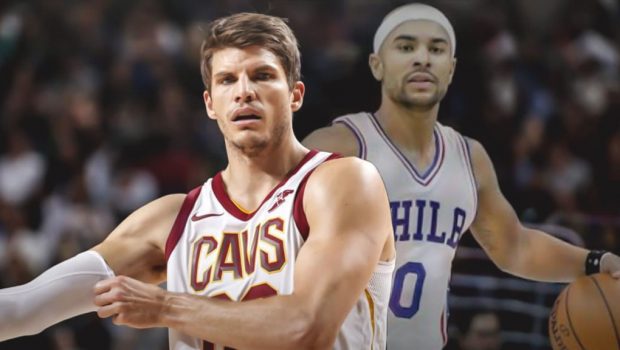 The Sixers aren’t sitting around, stewing about losing out on free agent LeBron James and Spurs stud Kawhi Leonard.

Not only have they moved to bring in banger Mike Muscala, butL

They are considering bringing back dead-eye shooter Kyle Korver from Cleveland in exchange for bustout guard Jerryd Bayless.

Bayless will earn $8.57 million in 2018-19 before hitting the free agent market next summer. Bayless, 29, has seen his role diminish greatly in Philly, thanks to the rise of Ben Simmons. Bayless averaged just 7.9 points, 2.1 rebounds, and 1.4 assists in 23.7 minutes per game last season for Philly.

Korver is older than Bayless at 37, but his legendary touch from the outside has yet to fade. Notwithstanding his poor showing in last June’s 2018 NBA Finals, Korver is still viewed as a lethal threat from deep, someone who could compensate for Simmons’ lack of perimeter offense and draw defenders away from big man Joel Embiid when the center is at the post.