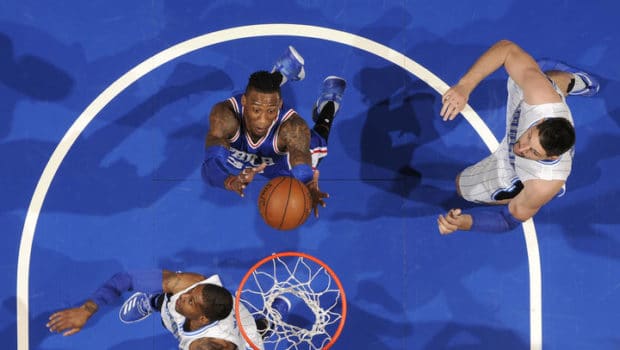 The Orlando Magic rallied from a 17-point second-half deficit, then outlasted the Sixers 112-109 in overtime last night.

Orlando won consecutive games for the first time since late December. It was coming off a three-game West Coast swing.

The Magic, which had fallen behind by 16 points in the first two quarters, bounced back when their hustle level went up a notch in the third quarter and continued to elevate in the fourth and overtime periods. Players like Terrence Ross, Evan Fournier, Bismack Biyombo and Payton all came out with improved energy in the second half.

Nikola Vucevic led the Magic with 26 points and 13 rebounds, but it was the play of Ross, Fournier, Biyombo and Payton after halftime that seemed to make a difference against a Sixers team that had just nine available players.

The Sixers, meanwhile, feel like they let one slip away on a night they were severely undermanned but got a dominant performance from their third-string center Richaun Holmes, who was pressed into duty with Jahlil Okafor out. Holmes tied a career high in points with 24 and established a career best in rebounds with 14. Philly also got 24 points and 13 rebounds from Robert Covington (above) after defeating Boston on Sunday.

“We ended up with a beaten down group,” 76ers coach Brett Brown said. “We played yesterday, but I think it really does show the character of the team and how we’ve been trying to play almost the entire year.” 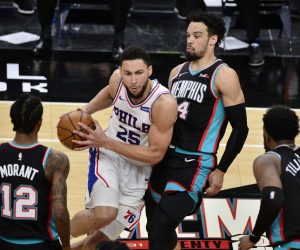 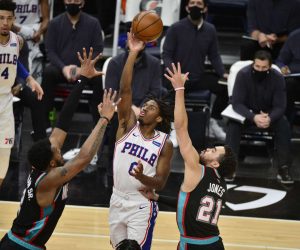 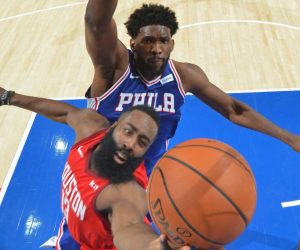