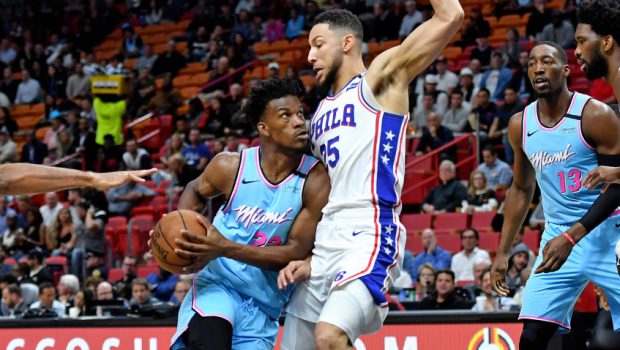 The Sixers played their worst game of the season.

And their former star rubbed salt in the open wound that their season is becoming.

Jimmy Butler scored a season-high 38 points in three quarters and the Miami Heat scored a franchise-record 81 points in the second half to beat Sixers 137-106.

Ben Simmons had 16 points for Philly.

“Second half we were pretty much nonexistent all around,” said Tobias Harris, who had 6 points, the same as Al Horford. “We just never made our mark on the defensive end in the second half.”

The 76ers are winning home games by an average of 10 points. But on the road, they’ve been beaten nine times by double-digits already this season — and this 31-point defeat came only two days after what had been a season-worst 21-point loss at Brooklyn on Saturday.

“We’re not playing defense the way we can play defense,” 76ers coach Brett Brown said. “It starts and almost stops there for me.”

Butler was 14 for 20 from the field and 8 for 8 from the foul line. The Heat committed only three turnovers; its previous franchise-low for a game was four, set against Orlando on Jan. 24, 2009.

“We want Jimmy to be aggressive,” Dragic said. “He’s our leader.”