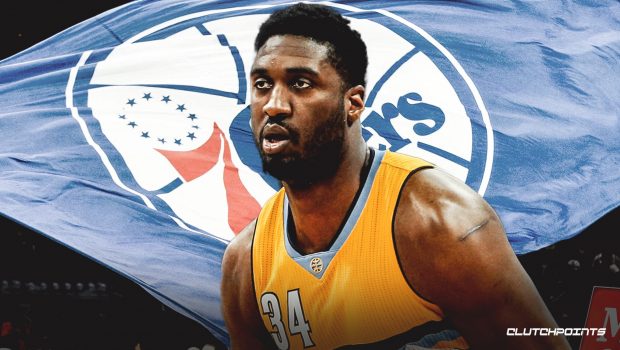 SIXERS HIRE ROY HIBBERT TO BE JOJO’S CENTER OF ATTENTION!

In other words, Joel Embiid now has someone who can instruct him on the ways of the post.

During his NBA career, Hibbert played for the Indiana Pacers, Los Angeles Lakers, Charlotte Hornets and Denver Nuggets. His best years were with the Pacers, where he was a two-time All-Star:

Aside from Embiid, the Sixers have youngsters such as Zhaire Smith, Matisse Thybulle, Furkan Korkmaz and Jonah Bolden.

In 662 games, Roy Hibbert had career averages of 10.0 points and 6.3 rebounds while shooting 46.5 percent from the field and 25.0 percent from beyond the arc. He played his college ball at Georgetown and was the 17th overall pick in the 2008 draft.

The Sixers are expected to be one of the best teams in the NBA next season. Their core of Joel Embiid, Al Horford, Ben Simmons and Tobias Harris is as good as any core in the league. Philly was able to acquire combo guard Josh Richardson from the Miami Heat in the sign-and-trade deal involving Jimmy Butler.

The only thing the Sixers weren’t able to accomplish this summer was find a replacement for shooting guard JJ Redick, who signed with the New Orleans Pelicans in free agency. Philly will surely miss Redick’s 3-point shooting.