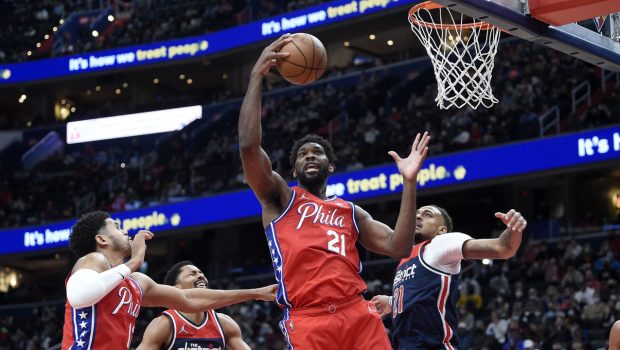 The Sixers take their four-game winning streak out for a spin in Orlando tonight against the Magic, which has the worst home record in the NBA, 2-13.

Along with the Utah Jazz and Brooklyn Nets, Philly has a league-best 13 road victories.

And Joel Embiid averaged 36.3 points — including a season-high 43 against Charlotte on Dec. 6. — over his previous seven away games.

Embiid, who was named the NBA’s Eastern Conference Player of the Month for December, also averaged 10.4 rebounds over that seven-game road stretch. He joined Wilt Chamberlain as the lone Sixers players to average at least 30 points and 10 boards over a string of seven road games.