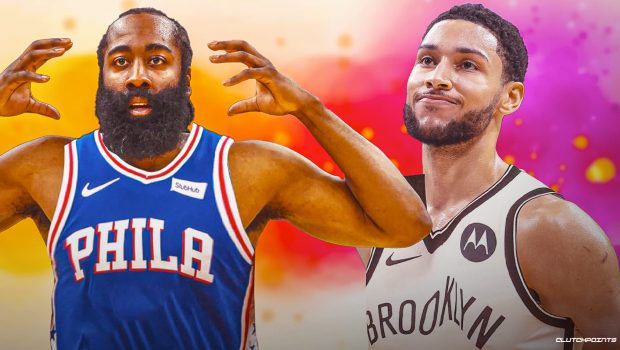 SIXERS HAVE 23RD PICK IN THIS DRAFT, THANKS TO THE NETS!

Remember all the whining in the lame-ass national media last February 10 when the Sixers ditched Ben Simmons to the Nets along with Seth Curry and Andre Drummond for James Harden?

The whining was in part because the also shipped two No. 1 draft choices in 2022.

Brooklyn informed the league office of the team’s decision Wednesday, hours ahead of a midnight deadline, sources said.

Deferring the pick allows the Nets to keep flexibility over an extended period on using that pick in trades — and gives them a roll of the dice that the pick could land higher on the draft board next year based upon the success of the Sixers’ coming season.

The Sixers will pick No. 23 in the draft June 23 and can use the pick in trades beginning on draft night. The Sixers won’t be able to trade another pick for seven years because of conditions owed to teams on several picks, including their 2025 first-round pick (top-6 protected to Oklahoma City) and 2027 first-round pick (top-8 protected to Brooklyn).

The Nets’ 2022 first-round pick is owed to the Houston Rockets for the Harden trade.