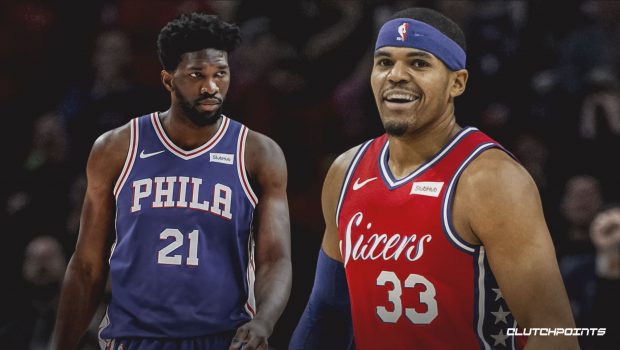 SIXERS HARRIS CAN MAKE $188M FROM SIXERS, JOJO REMINDS HIM!

And Joel Embiid wouldn’t let him off the free agency hook:

Harris will officially hit unrestricted free agency on June 30. So the 26-year-old has a chance to sign a max contract for the first time since re-signing with Orlando in 2015 to a four-year, $64 million deal.

“One of the reasons why I turned down the extension was to be able to bet on yourself,” Harris said, “but also be able to have the opportunity to control whatever’s to come. Obviously I’ve been traded around, but at the same time I know my game, I know what I bring to the table and I know what I’m looking for as a player.”

The 6-9 forward’s bet is about to pay off, big time. Harris is eligible to receive a five-year, $188 million extension from the Sixers, who acquired him from Los Angeles in a blockbuster trade on Feb. 6, or a four-year, $141 million contract if he decides to leave Philadelphia for the Brooklyn Nets, Indiana Pacers, Utah Jazz, Dallas Mavericks, Sacramento Kings or any other outside suitor.