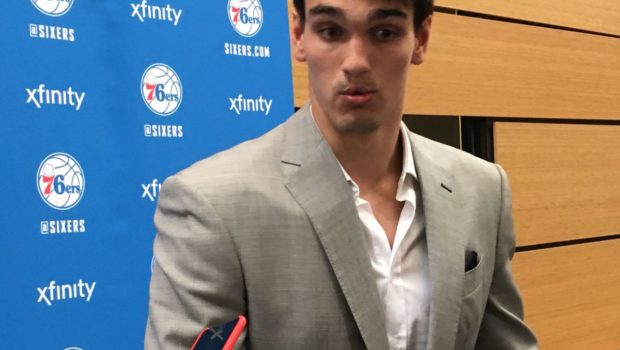 SIXERS GRADED OUT WITH A ‘B’ FOR OFFSEASON MOVES

The Sixers had cash to spend and they picked up two solid and youngish veterans in Bayless and Henderson. They also drafted Ben Simmons and Dario Saric (above) is finally expected to join the team this season. Bayless and Henderson won’t move the needle much yet they should be great locker room guys and provide some stability on the court as well. Early returns on Simmons have people raving about his passing ability and star potential. After being mired in losing, things are looking up in Philly.