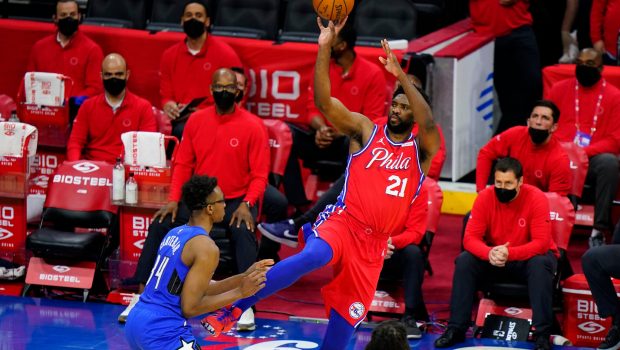 SIXERS GOOD AND LUCKY: NETS, BUCKS, HEAT NOT IN THEIR BRACKET!

It helps to be good, which the East top seed Sixers surely are.

But it’s also helpful if you’re lucky, and the Sixers are that too.

The three teams who could give the Sixers the most trouble — Milwaukee, Miami and the Nets — are all on the other side of the bracket, meaning they can face only one of them and not before the conference finals.

Bradley Beal and Russell Westbrook in the Wizards’ backcourt might enable them to steal a game, but this is a series in which the Wizards could use Thomas Bryant, their rugged big man who sustained a season-ending knee injury in January.

As good as Daniel Gafford has been since Washington acquired him from Chicago on trade deadline day in March, Gafford and a resurgent Robin Lopez will need help to cope with Embiid.