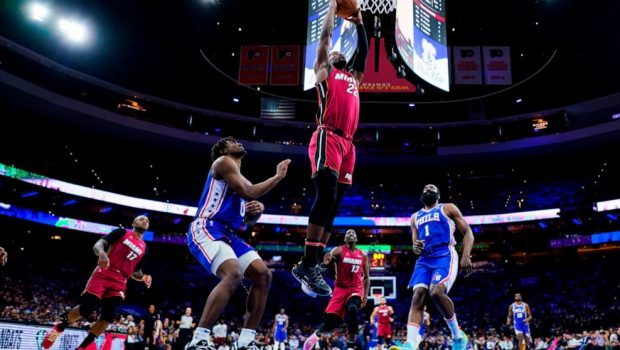 SIXERS BOUNCED OUT IS ONE THING, LAST NIGHT WAS UNACCEPTABLE!!

The 76ers season came crashing down to earth last night, getting beat 99-90 by the Miami Heat, dispatched from the NBA playoffs in six games, making it consecutive years of not making it past the second round!

Former Sixer Jimmy Butler continued to torch the Sixers for 32 points, and coach Doc Rivers made no defensive adjustments to slow down the Heat’s star throughout the series.

Amazingly, the sloppy, lackluster play was displayed once again, this time in an elimination game, totally unacceptable to the Wells Fargo Center crowd that deserved much more.

They got a paltry 11 points from G James Harden and 20 from Joel Embiid who played the whole series beat up and injured.

Many changes will happen going into next season.

Who stays, who goes?

Sixers management has lots of big decisions to make, and one priority will be to bolster a bench that gave them very little this season, including the playoffs.

Time will tell as the off season begins today.