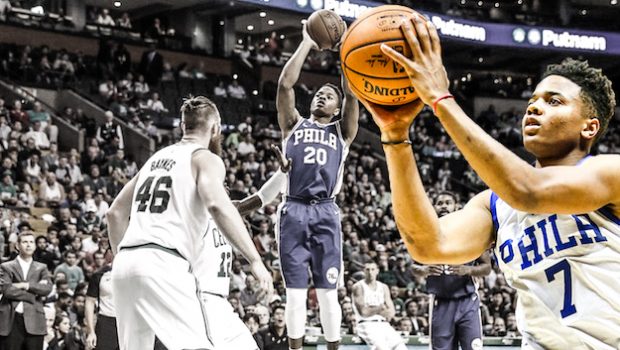 SIXERS FULTZ CAN’T FOLLOW THROUGH ON SHOTS: WHAT’S NEXT?

The second-year guard has reportedly lost the ability to follow through on long jump shots.

According to Adrian Wojnarowski of ESPN, Fultz’s issue sparked plenty of debate on whether the problem is physical or mental. However, many in the Sixers organization believe it’s mental.

Fultz is meeting with multiple shoulder specialists in New York this week to get an opinion about his situation. The former No. 1 overall pick won’t participate in the Sixers’ practices or games until the specialist has had the opportunity to evaluate him.

The Sixers want to move on from the Fultz saga which began last season. However, the guard really doesn’t have any trade value in the league.