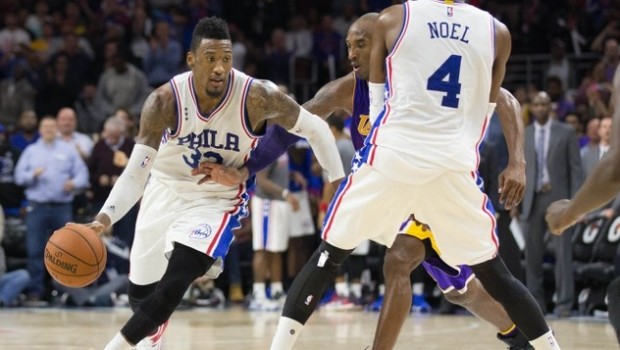 Robert Covington scored 18 points and Isaiah Canaan had 15 for Philly, which dropped to 1-20.

The good news is that the Sixers had another lead in the fourth quarter, but they let it slip away again as the Jahlil Okafor-less team lost to the Denver Nuggets 108-105 at the Wells.

The Sixers obviously missed Okafor, who sat out the second of a two-game suspension imposed by the team on Wednesday after the release of a second video from a nightclub fight in Boston on Nov. 25.

Their offense in the fourth quarter was non-existent.

Danilo Gallinari scored 24 points, including the go-ahead slam dunk with under a minute remaining, Will Barton added 16 points for the Nuggets, who ended a five-game road trip by winning their second straight after snapping an eight-game skid on Thursday.

The Nuggets trailed for the entire second half before Jameer Nelson tied the game at 102 with 1:26 remaining with a 19-foot stepback jumper. After Canaan missed a drive on the 76ers’ ensuing possession, Nelson went baseline and set up Gallinari for an easy dunk to make it 104-102 with 47.9 seconds remaining.