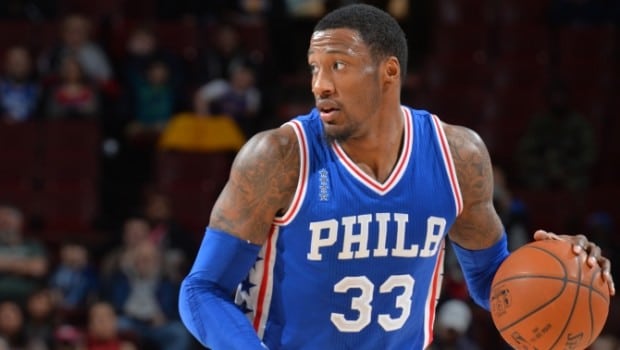 Sixers forward Robert Covington is about to cash in for the four years of hard work he has put in:

He is finalizing a four-year, $62 million contract extension, league sources told ESPN. Sixers general manager Bryan Colangelo and Covington’s representatives with CAA Sports are expecting a signed agreement as soon as the end of this week, league sources said.

The deal will include a $15 million renegotiation bump on Covington’s $1.57 million salary this season, plus an additional four years that will keep Covington under contract through the 2021-22 season.

The $15 million renegotiation is the largest single-season figure negotiated since that became an available contractual avenue in the NBA.

Discussions on Covington’s deal — including the ability to formalize the renegotiation on his 2017-18 salary and the new extension — became allowable on Wednesday under the league’s collective bargaining agreement.

For the 76ers, the balloon payment on the 2017-18 season allows the team increased salary-cap space and payroll flexibility for upcoming seasons, when Philadelphia plans to be aggressive in free agency. The Sixers could have $25 million in salary-cap space this summer.

Covington, one of the NBA’s most versatile forwards, could have become an unrestricted free agent in July, but the Sixers’ $15.1 million in available cap space allowed Covington to execute the renegotiation on the 2017-18 salary once he reached the third anniversary date — Nov. 15 — of his original four-year contract.

Covington is having his best NBA season, averaging 16 points and shooting 50 percent on 3-pointers. The deal solidifies Covington as one of the franchise’s core future players, along with burgeoning stars Joel Embiid and Ben Simmons.

An undrafted player out of Tennessee State who started with the Houston Rockets before getting released and signing into the G League, Covington has developed into one of the NBA’s elite wing defenders and a consistent 3-point shooting threat. He has had 29- and 31-point performances against the Washington Wizards and the LA Clippers, respectively, this season, and he continues to guard multiple positions and players on the floor.

Covington is the 76ers’ longest-tenured player. He has averaged 12.9 points and 5.6 rebounds in his four-plus seasons with Houston and Philly.