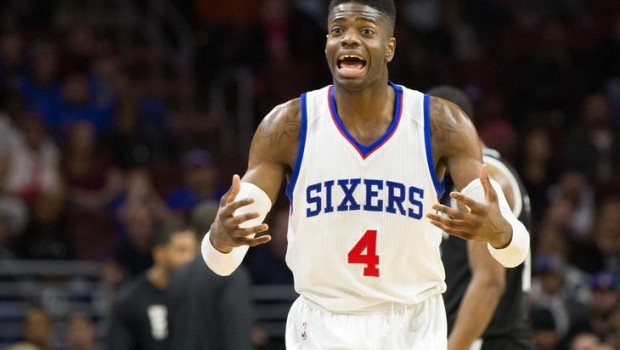 The Sixers had a chance to feast on a Brooklyn Nets team on a losing streak.

Instead, they were taken out by former Philly star Thad Young, who scored 21 points and the Nets snapped a five-game losing streak with a 94-87 victory Saturday night at the Wells.

Joe Johnson added 15 points and Jarrett Jack contributed 12 for the Nets, who moved within three games of eighth place in the Eastern Conference.

The Nets extended their eight-point lead to open the fourth quarter to as many as 11 early in the period. Philadelphia battled back within two points twice down the stretch, the latter time on Noel’s alley-oop dunk on a pass from Ish Smith with 3:37 left. Thompson could’ve put the 76ers in front on their ensuing possession, but he missed a 3-point attempt.

The Nets took advantage by tallying the next six points, capped by Young’s floater with 1:19 remaining that put Brooklyn up 93-85.

The 21 points were the most Young has scored in his 12 games with the Nets since being traded from Minnesota for Kevin Garnett. Young, who also had nine rebounds, played the first seven seasons of his career in Philly before being traded to the Timberwolves in the offseason.

The 76ers entered with the third-worst record in the league, above only the Knicks and Timberwolves, but they have been playing better of late. Philly had won two of its previous three, including a 92-84 victory over Eastern Conference-leading Atlanta on March 7, a game in which the Hawks rested three starters.

The only loss in the stretch was a 104-95 overtime defeat to the Eastern Conference-contending Bulls.