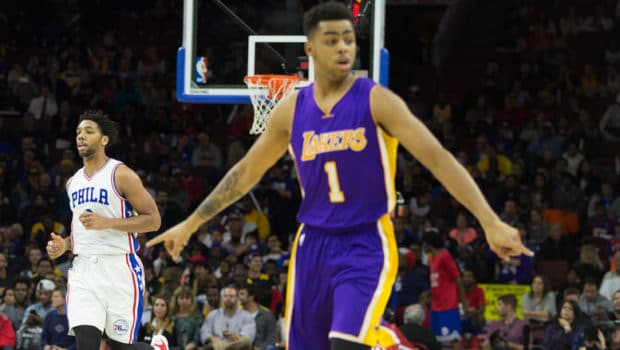 The Sixers face the suddenly sucking Los Angeles Lakers tonight at the Wells, and the visitors held a team meeting yesterday after practice at Temple.

It was geared toward trying to help the Lakers (10-18) emerge from their eight-game losing streak.

“Guys voiced some opinions and made some good points,” coach Luke Walton said. “That’s what we’re looking for. We want guys constantly stepping up. It’s not easy for young guys in this league to do that. I was happy with the response today.”

The Lakers held a practice in Philly after riding buses from New York.

After Wednesday’s game, Walton challenged the players not to be mentally soft in their approach.

“I don’t think that we are mentally soft,” Walton said. “I think at times we play mentally soft. There’s a big difference. We got a group that we had a lot of success early on, relatively speaking, and I think we lost our priorities and lost our focus on what we were doing to have that type of success.”

Indeed, before their eight-game slide, the Lakers were one of the NBA’s most pleasant surprises. A year after going 17-65, they started the season 10-10. While last season their 10th win came in February, this season it came in November.

It proved heady for the young Lakers.

“I know we were getting a lot of love around town,” Walton said. “I know that feels good. I know when you feel good, sometimes you lose some of that toughness and that edge and you want to keep it.”