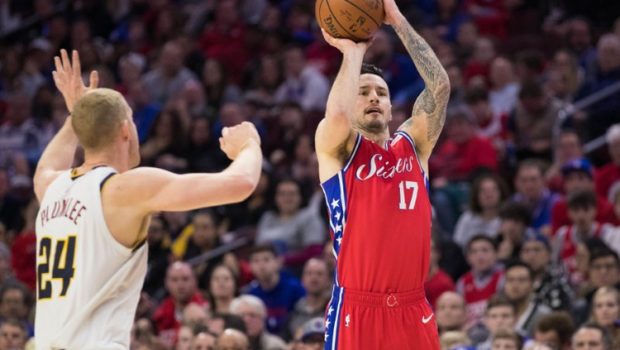 SIXERS ‘F-ED UP NOT BRINGING ME BACK,’ JJ REDICK SAYS!

While JJ Redick is happy to be playing for the Pelicans, the veteran guard admitted to Matt Barnes and Stephen Jackson on All The Smoke that the Sixers “f***ed up” by not bringing him back. There were several reasons why:

The Sixers missed Redick’s shooting ability in 2019-20. The addition of Al Horford made the fit between Ben Simmons and Joel Embiid even worse than it already was since Simmons has no semblance of a jump shot and Embiid oftentimes doesn’t have room to operate in the post when Simmons and Horford are on the floor with him.

Redick shot 40.7 percent from beyond the arc during the regular season in his two years with the Sixers. That’s production the Sixers could have used in 2019-20, but the higher-ups in Philly decided to pay Tobias Harris and Horford max money instead of re-signing Redick and Jimmy Butler.