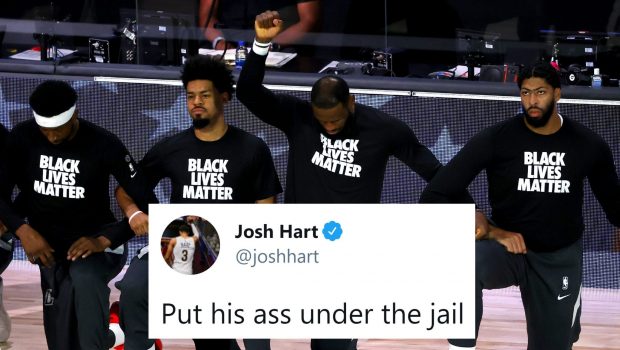 Put his ass under the jail

Athletes, teams and leagues across sports reacted to the news of the verdict.

The following was released by the WNBA. pic.twitter.com/KWF4mkr6mf

Justice and Accountability! Things I never thought I would see. There’s much more work to do, but this is an amazing start working toward the reform this country NEEDS!

Justice served on all counts. Good.
Still a ton of work to do.

“This is a step in the right direction, but we still have so much more to go.”@Candace_Parker shares her thoughts on the conviction of Derek Chauvin for the murder of George Floyd. pic.twitter.com/FiSMhSFZUa

Thank God…guilty! Justice has been served!!

Tears of sadness and joy. The last year weighed heavily on us all. Justice does not bring the dead back to life but it does protect those who deserve protection and punish these who are deserving. Hasten the day when it is commonplace that the justice system work as it should.