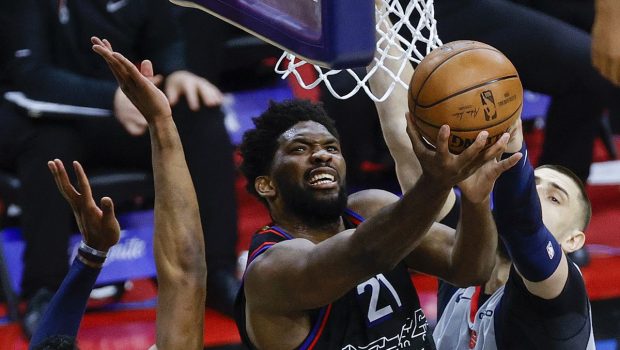 It will not require surgery — instead Embiid will have physical therapy and treatment program.

Embiid is out tonight and is day-to-day going forward. The Sixers lead 3-1 in the best-of-seven series.

ESPN’s Adrian Wojnarowski reported that managing potential swelling and pain in the knee will play a significant part in how soon Embiid would be able to return to the floor.

Embiid suffered the injury midway through the first quarter of Game 4 when he drove into the paint and fell awkwardly after being challenged by Wizards center Robin Lopez at the rim. After losing his balance on his way down, Embiid landed with all of his weight on his right leg, then fell hard on his back.