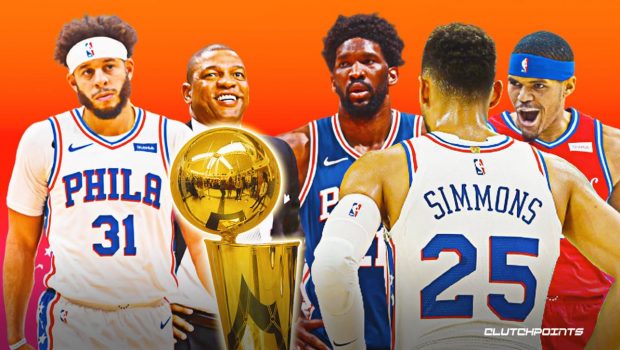 The Sixers Joel Embiid, Ben Simmons, and Tobias Harris are getting props:

Bleacher Report ranked them as the fourth best Big 3 in the NBA:

Among the 85 three-man lineups to log at least 800 minutes last season, the Embiid-Simmons-Harris triad posted the fourth-highest net rating at plus-14.5. And two of the lineups it trailed also came from this team, with Seth Curry swapped in for Harris (plus-17.5) or Simmons (plus-14.8).

A healthy Embiid makes the short list of the NBA’s most dominating players at both ends. Simmons ranks among the elite of the elites on defense, while powering the offense with playmaking and transition attacks. Harris packs a three-level scoring punch and keeps getting more comfortable as a passer. The talent level is rich, and the trade winds swirling around Simmons don’t change that.