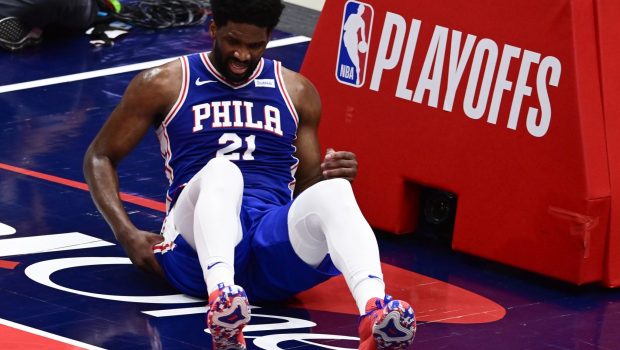 SIXER JOJO COULDN’T WALK FOR 2 DAYS AFTER KNEE-TO-KNEE VS. PELS!

The Sixers have started 2-2, and last season’s MVP runner-up Joel Embiid is averaging career lows in both points (19.3) and rebounds (7.3) per game.

According to ESPN’s Ramona Shelburne, his sore right knee is more serious than initially believed.

He told her that he couldn’t walk for two days after suffering a knee injury against the Pels last Wednesday — the same knee he tore his meniscus during the first round last postseason.

“There is a sense that maybe he should sit a game or two to get that knee right.”

“But Embiid is playing through the pain because of the absence of Ben Simmons. The two of them create the overwhelming majority of Philadelphia’s shots and were the anchors of their excellent defense last season, but with Simmons still sitting out because he does not feel mentally ready to play, Embiid “wants to show leadership.”

She also adds that Embiid is playing in part because he lost out on the MVP award last season by playing only 51 games.