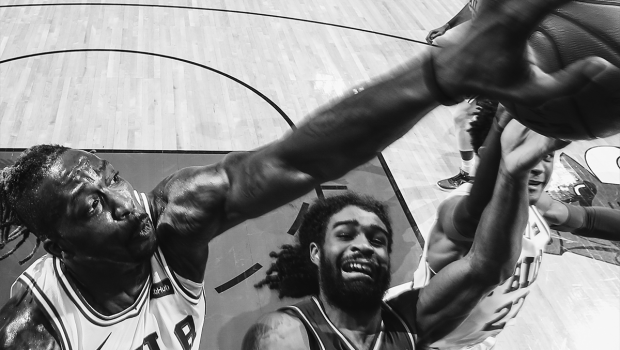 The Sixers will take on the Orlando Magic tonight at the Wells without back-up big Dwight Howard, who was suspended by the NBA for picking up his 16th technical in last night’s game against the Miami Heat.

Howard got the tech after getting in a scuffle with Heat forward Udonis Haslem, who played in his first game of the season.

The altercation came in the second quarter when Haslem approached Howard after a foul call, and it escalated from there. Haslem was pointing his finger in Howard’s face, which led to Howard shoving the veteran Heat big man.

UD got ejected after getting into it with Dwight ? pic.twitter.com/DwLaSi1Dk6

The confrontation stemmed from a play earlier in the game, where Haslem took issue with being elbowed and thrown to the ground by Howard. He addressed the issue with Howard, which led to double technicals for both players.