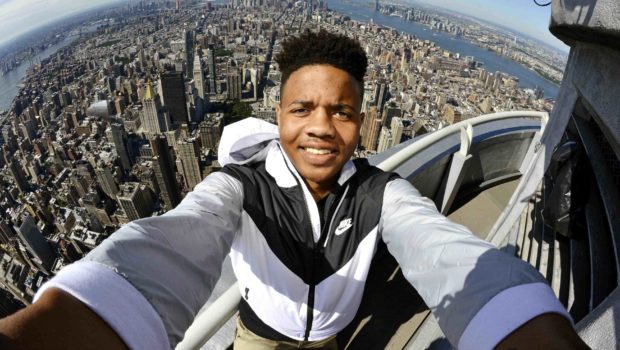 WHY SIXERS DRAFT WAS THE MOST IMPORTANT SINCE 1996!

Just a few days before last Thursday’s 2017 NBA draft, Sixers GM Bryan Colangelo made a move that will go down in history.

He reached into the bag of future 1st-round draft picks that former GM Sam Hinkie left him and pulled the trigger on a trade with the Boston Celtics to acquire the number 1 pick.

Combo guard Markelle Fultz (above) is player the team has been searching for since Allen Iverson, who was drafted at 1 in 1996, left years ago.

Fultz, who attended famed DeMatha High School in surburban Washington, D.C., averaged 23.2 points per game, 5.7 rebounds, and 5.9 assists in his one and only season at the University of Washington.

Fultz will be paired with Ben Simmons, giving the 76ers a dynamic backcourt they’ve been craving for many years. It hasn’t been announced yet, but look for Fultz to play in one or both of the NBA Summer leagues due to start in early July.

The Sixers traded back up into the first round with the Atlanta Hawks and grabbed 7-2 center Anzejs Pasecniks from Latvia, most likely to be stashed in a European league.

Jonah Bolden was the 36th overall pick in the second round, a 6-10 Australian stretch 4 who played one season at UCLA, and has a connection with coach Brett Brown who also coached against his Father Bruce when he played for the East Melbourne Tigers in the early 1990s.

At pick number 50 they selected PF/C Mathias Lessort from France, all of picks won’t make this years’ team, but having a top tier talent such as Fultz has given the team an overwhelmingly successful 2017 draft, and a legitimate shot of becoming the first winning team since the 2004-05 season!