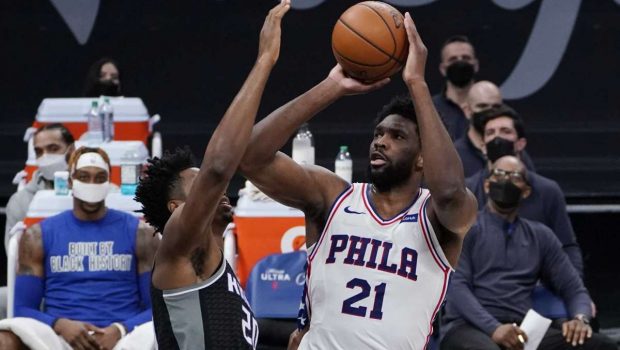 Sixers All Star center Joel Embiid has been out with a left knee bone bruise since March 12, and he has progressed well through his rehabilitation program.

He has resumed on-court activities and is beginning to ramp up his conditioning.

“A week ago, we had four centers,” Rivers said. “Now, we’re down to two. Without Joel, we’re down to one center and then a bunch of small guys. So, that’s just what we are for the next two games, probably. Then, we’ll get back to our normal rotation.”

The Sixers face the Denver Nuggets tonight and the Cleveland Cavaliers on Thursday on the road without Embiid.

While Rivers and the organization cannot guarantee the four-time All-Star will be back in action for Saturday night’s matchup against the Minnesota Timberwolves, it sure seems like that’s the date the 76ers are targeting for Embiid’s eventual return.