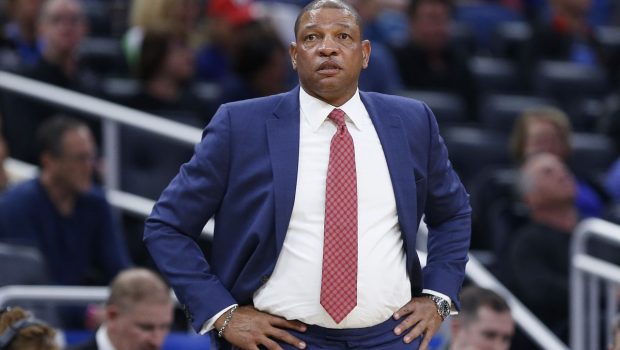 SIXERS DOC ON TRUMP RIOTERS: IMAGINE IF THEY WERE BLACK PEOPLE!

Doc Rivers, speaking before last night’s game with the Wiz, wanted to know what would have happened if it was a mob of Black people breaching the Capitol, breaking windows and grappling with police.

“It’s pretty disturbing, obviously, sad. But what it’s not is — I keep hearing ‘this attack on democracy,’ it’s not. Democracy will prevail. It always does. It shows a lot though. When you saw the protests in summer, you saw the riots or more the police and the national guard and the army. And then you see this and you saw nothing. It basically proves the point about a privileged life in a lot of ways.

“I’ll say it because I don’t think a lot of people want to, could you imagine today if those were all Black people storming the Capitol and what would’ve happened? So that to me is a picture that’s worth 1,000 words for all of us to see and probably something for us to reckon with again. No police dogs turned on people, no billy clubs hitting people, people peacefully being escorted out of the Capitol. So it shows that you can disperse a crowd peacefully, I guess, would be the one thing.

But it’s a sad day in a lot of ways, not good for our country, more across the borders, that people see this. But it’s part of what we are and so we have to solve it.