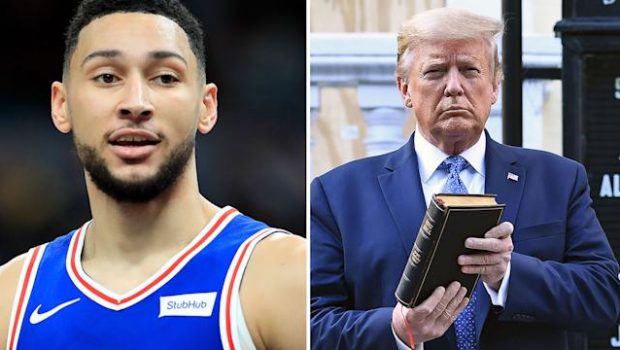 Sixers head coach Doc Rivers says that the conspiracy theory surrounding Ben Simmons is similar to Donald Trump’s claims that he won last year’s election even though he lost by 7 million votes.

Rivers appeared yesterday on MSNBC’s “Morning Joe” to promote his new docuseries podcast, and Willie Geist asked Rivers about the rumors surrounding Simmons, who recently demanded a trade from Philly.

Rivers said he wants to convince the 25-year-old former All-Star to stay with the Sixers, but it’s proving to be a difficult task.

Simmons’ awful playoff performance last June has encouraged the Sixers to shop Simmons, and fans are all for that.

But as the Sixers were deciding what to do with Simmons, his agent said he was finished with the team and would not report to training camp.

Rivers and the Sixers are still trying to paint the narrative that a mutual resolution is possible, in hopes of regaining leverage for a potential trade.