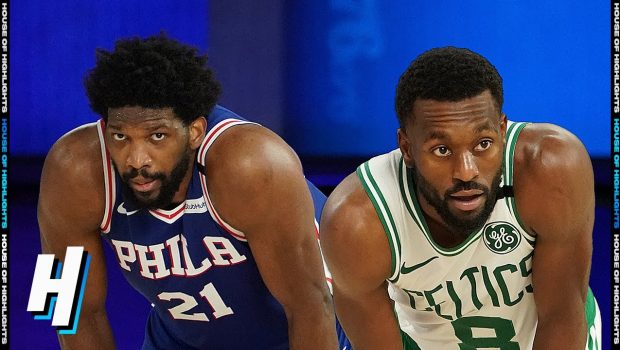 Jaylen Brown had 21 points and Jason Tatum added 15 for the Celtics.

“I don’t want to be swept,” Embiid said. “I don’t want that in my resume. I’ll be playing my butt off. I’m going to come in and do everything that I can to make sure we win a game.”

No NBA team has ever rebounded from a 3-0 deficit to win a best-of-seven series.

“I’m not rolling over,” 76ers coach Brett Brown said. “I understand. I get it. Everybody would assume that this series is over because we’re (down) 3-0. I’m not trying to be Knute Rockne (but) my sincere opinion is we’re going to come in and play the game and get a win.”

Boston led 51-49 at the half, with Embiid carrying Philly with 22 points and 10 rebounds.

The Celtics were able to stay close despite Tatum picking up his third foul near the end of the first quarter and having to sit the entire second quarter. Tatum entered the game averaging 32.5 points on 10-of-17 shooting from 3-point range in the series.

Midway through the third, Walker completed a personal 8-0 run with a fast-break layup and foul on Embiid — his fourth. But Philly didn’t fold with its All-Star center on the bench, instead battling back to tie it.

But the Celtics pulled away late.

With his team leading 94-92, Embiid turned the ball over on a cross-court pass and Brown scored on the other end and drew a foul for a 3-point play to put the Celtics ahead for good with 1:37 left. On the ensuing possession Tatum blocked Embiid from behind and the 76ers were called for a clear path foul on the other end, giving the Celtics two foul shots and the ball. Tatum made 1 of 2, and Walker followed with a killer step-back jumper over the top of Al Horford en route to a 10-0 run.

“Those defensive plays were big, but we could have made more plays on the defensive plays,” Celtics guard Marcus Smart said. “Tonight wasn’t our best night defensively but we came out with the victory.”

“We couldn’t make a shot,” Embiid said. “Nothing could go in. I thought defensively, we did a better job. We had some mistakes in the fourth that we can correct. We have to lock in. Defensively, we were good. Offensively, no one could make a shot.”