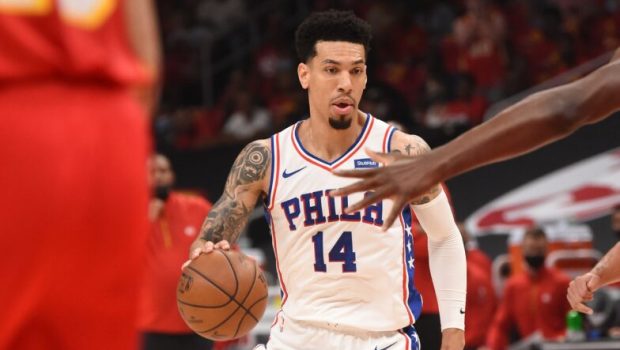 “I’m not ruling Danny out, but I’m pretty much ruling him out,” Rivers said. “I doubt if he plays in the next game. I have no idea. Just my doctor’s degree, I would tell you calf injuries aren’t great.”

ESPN reported that Green will undergo an MRI on today to determine the extent of the injury.

Green went scoreless in four minutes and returned later to watch the rest of the game in street clothes and a right walking boot. Green, 33, is averaging 10.3 points and shooting 37.8% on 3-pointers in the playoffs.

For one night, at least, the Sixers didn’t miss Green as they rode another dominant performance from Joel Embiid (27 points, nine rebounds, eight assists, three blocks) to reclaim home-court advantage with a 2-1 lead in the best-of-seven series.

Philly’s bench scored 48 points for its best output in the series by far.