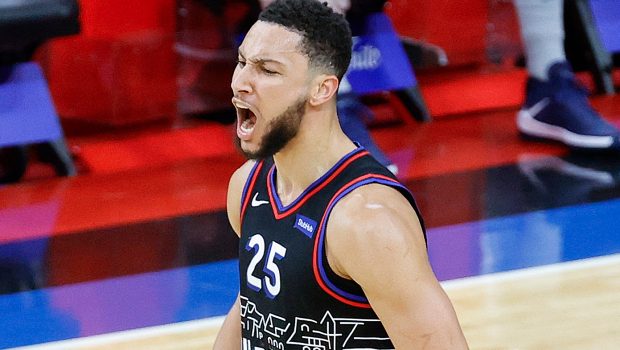 Crybaby Ben Simmons didn’t make the Sixers flight to Detroit for tonight’s game with the Pistons even though he has cleared health and safety protocols and is eligible to rejoin the team.

Simmons’ absence is listed by the team as “reconditioning,” with the Sixers  opening the regular season against the New Orleans Pelicans next Wednesday.

Simmons missed training camp and the preseason so far in the wake of his offseason trade demand that rankled some teammates, raised the wrath of fans and left many puzzled why he wants off last season’s No. 1 seed in the Eastern Conference.

Simmons has four years and $147 million left on his max contract — though the 76ers placed in escrow $8.25 million due to the guard, and fines for missing games and practices could be subtracted from that amount.

Simmons has averaged 15.9 points, 8.1 rebounds and 7.7 assists over four seasons with the Sixers.