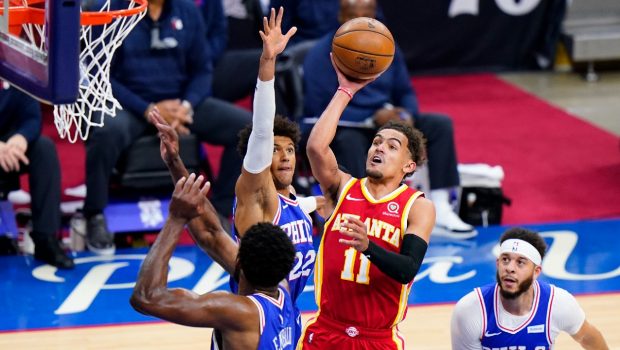 The Sixers have collapsed on the court in games 4 and 5 of their series against the Hawks, and are collapsing along the Strip.

The Hawks are now favored to win the series, but the Sixers are 3-point faves to win game 6:

Odds as of June 17 at Bovada

The Sixers were 2-1 SU and ATS vs the Hawks this season, winning both games at Wells Fargo Center by a combined 66 points.

Trae Young led the Hawks in scoring in each playoff game vs the Knicks, averaging 29.2 points and 9.8 assists.

The Sixers were 10-11 SU and 9-12 ATS in 21 games during the regular season without Joel Embiid. PHI won Game 5 vs the Wizards by 16 points without him.