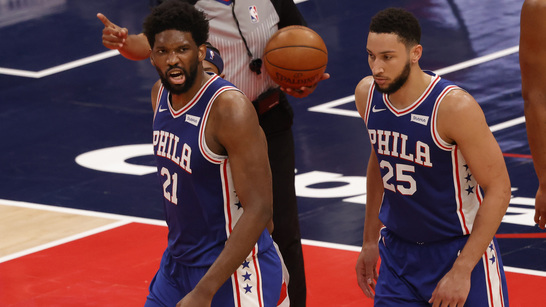 SIXERS COMING HOME WITH JOJO, BUCKLING IN ON SIMMONS TRADE!

After playing a long road trip with a depleted squad in all games, the Sixers get back home this weekend with hopes that All-Star Center Joel Embiid will return when the team gets back to the Wells Fargo Center Saturday night against the Minnesota Timberwolves.

As president of basketball operations Daryl Morey has stated before, “Buckle in” on the Simmons trade front.

The Sixers won’t take back 40 cents on the dollar on any deal, which is the right move going forward. .