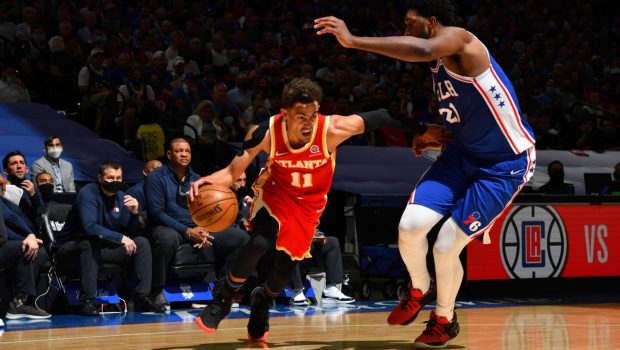 Philly is a great sports town with a history littered with great collapses:

The 2003 Eagles lost the NFC title game to the Bucs even though they were at home and favored by 4 points.

The 2011 Phillies won 102 games and were knocked off in the NLDS by the Cards.

And who can forget the 1964 Phillies, who blew a 6 1/2-game lead with 12 games left in the season, losing 10 straight as the Cards won the NL pennant?

But last night’s colossal collapse by the Sixers may go to the top of that heap.

They’re the No. 1 seed in the Eastern Conference. Joel Embiid and Seth Curry combined for 73 points on 25-of-39 shooting. Behind their scoring outbursts, Philly took a 26-point lead over the fifth-seeded Atlanta Hawks.

Then, we witnessed a meltdown that wasn’t quite like anything we’ve seen before.

According to StatMuse, the Sixers had a 99.1 percent win probability before they went six fourth-quarter minutes without making a field goal. In the end, they lost Game 5, 109-106.

History also shows that in the past 25 seasons, when they have lead by 25 points or more their record was 165-0.