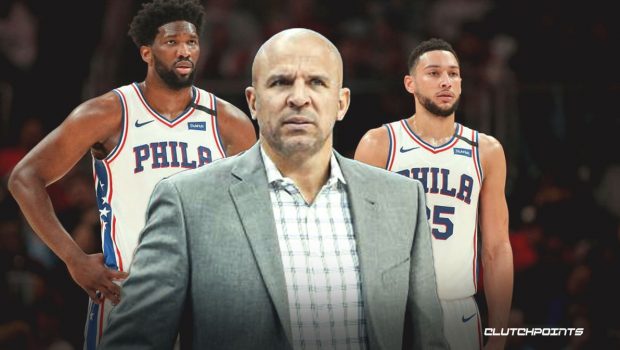 Lakers assistant Jason Kidd reportedly wants to be the next head coach of the Sixers.

At least that’s what Keith Pompey of the Inky says.

The Sixers fired Brett Brown after getting swept by the Boston Celtics in the first round of the 2020 playoffs.

After his Hall of Fame playing career ended, Jason Kidd coached the Brooklyn Nets and Milwaukee Bucks. The California native went 44-38 in his one season with the Nets and 139-152 with the Bucks.

The Sixers have a talented roster. However, some of the pieces don’t fit alongside each other and general manager Elton Brand has some decisions to make this offseason on top of hiring a coach. Many pundits believe Brand needs to split up Ben Simmons and Joel Embiid, though it would make sense to keep both All-Stars, trade Al Horford instead and acquire more shooters around Ben and JoJo.

Aside from the Sixers, Kidd is expected to interview for the Nets job as well. The Lakers are still at Walt Disney World fighting for an NBA championship, so Kidd can’t interview for any gig yet.