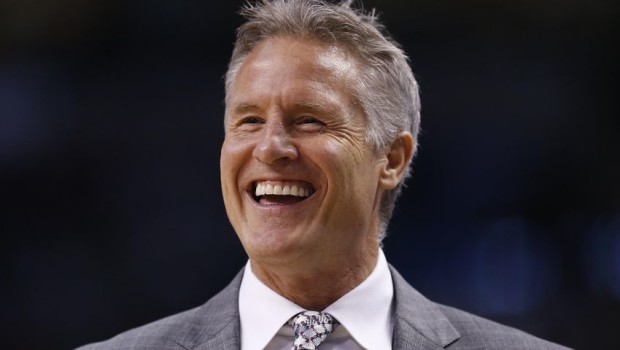 Brett Brown found it early on. A way of coping with what he’d been tasked to endure as head coach of the Sixers and the notorious process. A peace that perhaps only he could’ve found.

It feels like a long time ago now. The 26-game losing streak. The nightly bashing fans had a choice of attending. The worst four-year period of any team in NBA history. That stage of the process was genuinely miserable to endure.

So Brown ran. He had to.

“Losing fatigues you,” Brown once told me. “You had to fight it.”

Six days a week, 45 minutes a day. Sometimes with music, sometimes alone with his thoughts. Once the Sixers started winning this season, Brown kept up the routine. It’s all part of it.

“I run faster now,” Brown joked after Philadelphia blasted the Heat 30-103 in Game 1 of their first playoff game in six years.

“For whatever reason, I have found peace with what we have been doing since I’ve had the job,” Brown told ESPN. “We have tried to stay steady throughout it all. And I hope I still do. I really mean that. You had to have a vision and a calling. But we want more. Ultimately, we’re trying to grow something that can produce a championship.”