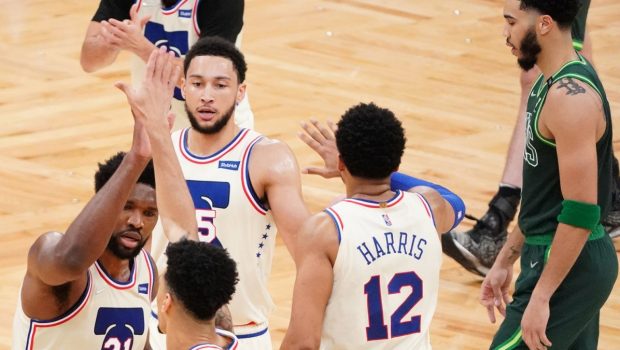 Joel Embiid’s game-high 35 points in his second game back in the lineup helped the Sixers lead by as many as 21 points.

Five Sixers finished in double-figures, and the team more than doubled the Celtics’ trips to the line, outscoring them from the stripe, 39-28.

The Sixers also limited themselves to 13 turnovers, while Boston gave up 22.