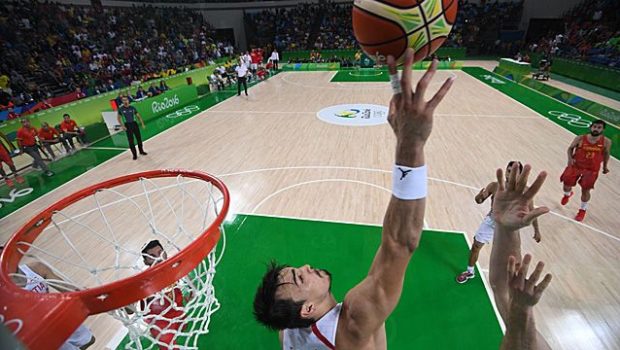 Croatian rookie Dario Saric has given Sixers fans plenty to look forward to as a result of his play in this year’s Olympics.

Sixers coach Brett Brown has been particularly impressed with Saric’s performance this summer, going as far as to compare him to one of the greatest international players in basketball history.

“With Dario, you’re seeing a bull in a china shop,” Brown told Mike Sielski of the Inky. “He reminds me emotionally of Manu (Ginobili) when Manu first came to the NBA, where he’s all balled up. Oh, my goodness. You can just feel it, and I know him well enough to know that, when he wants to knock somebody’s teeth in.”

While Saric has impressed many with his ability on the offensive end, his game-winning block on Spain’s Pau Gasol earlier this week (above) has quickly become his defining moment of the tournament.

“He played it out,” Brown said. “He didn’t have any false steps. He saw what was happening. He went over there and blocked the shot. Nobody’s going to say, ‘What an A-plus athlete Dario is.’ He needed every one of those steps and timing to go make that play.”