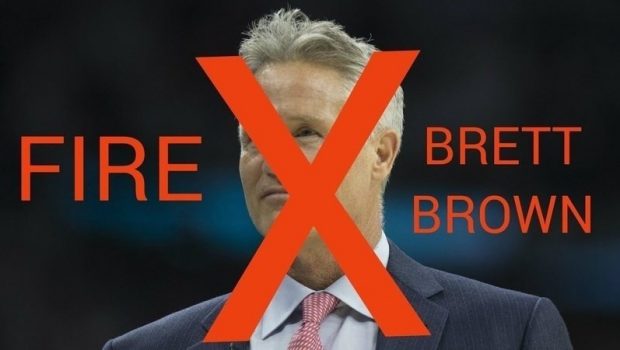 SIXERS BRETT BROWN SOUNDS LIKE A COMMENTATOR, NOT A COACH!

The Sixers have a soft spot in their schedule when they take on the Washington Wizards in the NBA bubble near Orlando today at 4 p.m..

After suffering a loss to Indiana in their Florida opener that dropped them behind the Pacers in the race for the fifth seed in the Eastern Conference, the 76ers (40-27) responded with a 132-130 victory over the San Antonio Spurs on Monday.

They needed all of Joel Embiid’s 27 points and Shake Milton’s 3-pointer in the final seconds to pull out the win.

“I think it stinks,” he told reporters. “It’s not anything that we are, or believe in, or talk about. We were very lucky to win.”

The 76ers have allowed 127 and 130 points in their two games at the ESPN Wide World of Sports complex. They were scorched to the tune of 50.5-percent shooting (41.2 percent on 3-pointers) in the loss to Indiana, before the Spurs put up similar numbers (49.5 percent overall, 46.2 percent on threes) on Monday.

"I think it stinks… it's not anything that we believe in or talk about. We were very lucky to win tonight. In two closeout periods, against Indiana it was 46, tonight it was 43… that's not going to get anything of any importance done”@6abc pic.twitter.com/pesaLM8mGZ