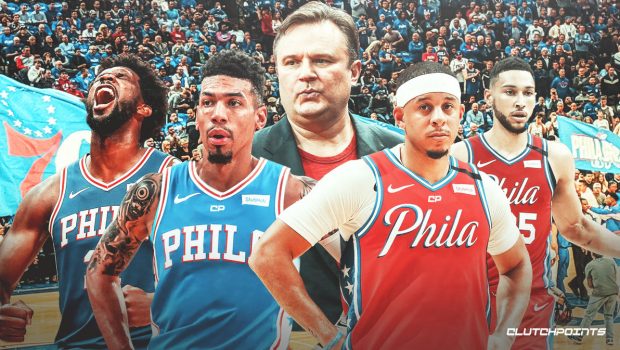 And he’s approaching this season with a conservative view, thanks to Noah Levick of NBCSPhilly:

“We have certain bullets. We have (the taxpayer mid-level exception), we’ve got future draft picks. We’ve got certain bullets that we can use and I don’t really like using them now. I just don’t. Because the issues we see now … it’s going to be a different set of issues a month into the season…“…I almost guarantee we’re going to say, ‘That’s not quite working’ or ‘End of games isn’t quite working.’ And if we use the bullets now, we’re going to use them on the wrong ones (instead of) when the information is more clear as we get closer to the trade deadline and places like that. I think that is definitely what I like to do, is evaluate and address the gaps as we get closer to the playoffs.”