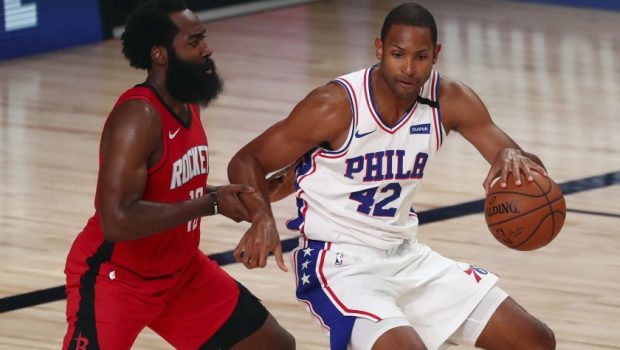 Tobias Harris scored 18 points and the Sixers ended the regular season by blowing out the Houston Rockets 134-96.

The 76ers and Rockets played most of their regulars for about the first 2 1/2 quarters even though both teams already were locked into playoff matchups.

The Rockets were playing without All-Star guard Russell Westbrook, who is expected to miss at least the start of the playoffs with a strained right quadriceps. The 76ers continue to play without Ben Simmons, who is out indefinitely after undergoing surgery on his left knee Monday.

”I think for us it was important to play, to continue to play,” 76ers forward Al Horford said. ”I know some teams probably didn’t play their (main) guys and things like that, but for us, we’re missing Ben. The starting lineup was shaken up. We haven’t really played with each other that much, so it was very beneficial for us to go out there today and to continue to build hat chemistry.”

The Sixers begin an Eastern Conference first-round series with the Boston Celtics on Monday night. Houston is facing the Oklahoma City Thunder in a Western Conference series starting Tuesday.

Alec Burks added 16 points, Raul Neto with 14, Furkan Korkmaz with 12, Shake Milton with 11 and Al Horford and Mike Scott with 10 each.

The 76ers went on a 17-2 run late in the first quarter and owned a 39-26 lead at the end of the period. The Rockets scored the first five points of the second quarter to cut the margin to eight, but Philadelphia answered with a 13-0 run and led 71-47 at halftime.

After Houston got within 11 points, Philadelphia went on a 19-2 spurt late in the third quarter to put the game out of reach.

”It is what it is today,” Rockets coach MIke D’Antoni said. ”I get it. It didn’t mean a whole lot. We’ll be ready Tuesday.”