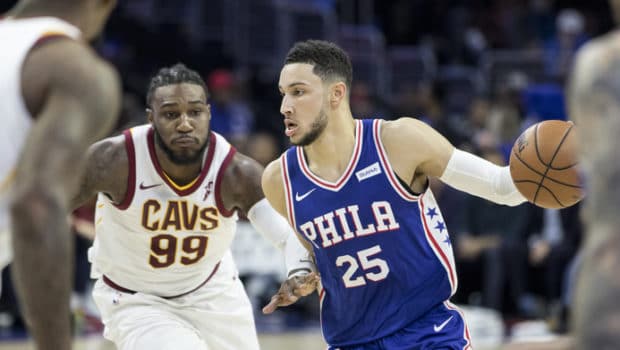 SIXERS’ BEN SIMMONS: AUSSIE RUGBY HAS MADE HIM AN NBA STAR!

Amateurs typically enter the Australian Football League draft at age 17 or 18 — although the AFL operates some state-level leagues for juniors — but by that time, Simmons had given up Aussie rules for basketball. Since he entered the NBA as the No. 1 draft pick in 2016, the 6-foot-10 Simmons has come to personify the NBA’s versatile, who-cares-what-his-position-is, modern-day supernova.

At the insistence of Sixers coach Brett Brown — the NBA’s honorary Australian, having coached there for the better part of three decades, both in the professional leagues and as the head coach of the national team — Simmons has assumed the role of Sixers starting point guard.

And, by the way? It’s going really well. Simmons is running away from the rest of the Rookie of the Year field despite rarely attempting a shot outside the paint. This at a moment when the league all but requires shooting proficiency from its point guards. His is a unique game, borne out of aggressive athleticism and a fluidity of movement, a dash of Russell Westbrook with a Melbourne lilt and six extra inches: