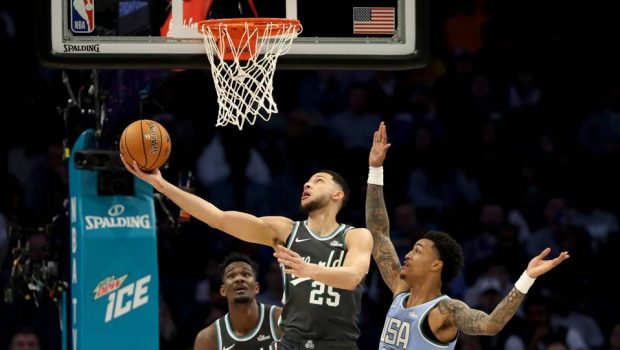 Simmons hit 28 points in 20 minutes last night to lead the way for the World.

Last season, Simmons scored 11 points, 13 assists and six rebounds in a huge performance after being snubbed for an All-Star spot in his rookie season.

The reigning NBA rookie of the year was handed a spot in the All-Star game this season.

Simmons meant business in the NBA All-Star weekend Rising Star Challenge but it wasn’t enough for the World Team, losing 161-144 in the match for its second loss in five seasons.

Simmons threw down dunk after dunk to keep the crowd on its feet as the World continually came back from well down to stay in the match.

But the firepower of the USA side saw the locals run away with the win.