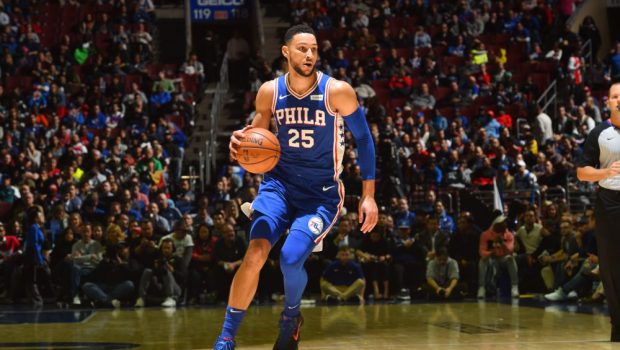 SIXERS BENNY SIMMONS NEEDS ONLY A QUARTER TO BURY HAWKS!

The Sixers’ Benny Simmons only needed one quarter to show the Atlanta Hawks the door last night at the Wells.

He had 21 points, 12 rebounds and nine assists, and turned the game around in the decisive third quarter to lift the Sixers to a 113-92 win.

Simmons made 5 of 6 shots in the third and hit all five free throws for 15 points and helped the 76ers outscore Atlanta 31-13 in the third.

”I think we just needed a spark and I was able to provide that for the team,” he said. ”I told the guys to keep running with me and I’ll find them.”

Simmons and Joel Embiid have been solid and are making early cases for All-Star berths.

”I think everybody gets caught up in last season. This is a different team,” Simmons said.

”He has a second gear a lot of people in this league don’t have,” Hawks coach Lloyd Pierce said.

He got some help in the third from Markelle Fultz, who buried an open 3, crushed a one-handed dunk in transition and had an assist on an Embiid jumper for a 78-60 lead.

Fultz had season-highs with seven baskets (on 16 attempts) and 16 points in 23 minutes.

”I’m a great basketball player,” Fultz said. ”I think I can do pretty much anything. I can pass the ball, I can pull up the 3, I can get to the rim. I just think I have an all-around game.”

That was enough to help send Atlanta to its second straight loss. Kent Bazemore led the Hawks with 18 points.

”We still had energy, but it’s their own court and they definitely fed off the energy from the crowd, made a few shots, and got on a few big runs,” Hawks guard Trae Young said. ”We weren’t able to stop them.”

The Sixers aren’t much more than Embiid and Simmons and some needed 3s from JJ Redick. The Hawks sagged off Fultz most of the game and dared him to shoot jumpers. Dario Saric, one of the early parts of ”The Process,” has seemingly lost his shot, much the same way Fultz did. Saric missed all seven shots in the first half (including four 3s) and finished 1 of 9 overall for four points.

”He looked heavy-legged to me,” coach Brett Brown said.