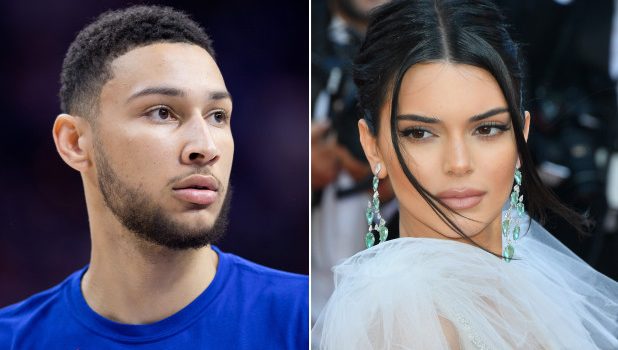 Simmons was spotted with friends at Kuro at the Hard Rock Hotel & Casino celebrating a pal’s birthday.

The group later turned up at Scores, and that there was buzz among Ben’s entourage that he and Jenner called it quits last week.

Adding fuel to the rumors, Jenner was posting some cryptic Instagram Story posts the same night — including the new Tyler, the Creator tune, “I Don’t Love You Anymore” as well as lyrics to another of the rapper’s songs, “Puppet,” which includes the line: “I wanna call you and talk.”

However, the source added of any Scores ladies: “Ben was at a center booth by the stage, but when the topless girls came to the booth, he had security send them away.”

Page Six first reported that Simmons was dating Jenner in March of last year. This isn’t the first time the pair’s been on the rocks: Jenner was spotted smooching Gigi and Bella Hadid’s brother, Anwar Hadid, last fall.