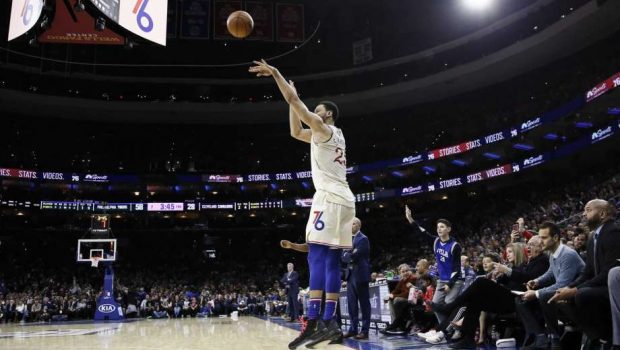 Ben Simmons hit his second career 3 and scored a career-high 34 points, as the Sixers destroyed the Cleveland Cavaliers 141-94.

“I was locked in,” Simmons said.

Simmons entered the season 0 for 17 from long range.

Coach Brett Brown has repeatedly said shooting is a part of Simmons’ game that will develop with time.

“This is what I want,” Brown said. “I want a 3-point shot per game, minimum. … He will be liberated. His world will open up and, in many ways, so will ours.”

Joel Embiid sat out with a left hip contusion.

Darius Garland had 17 points for the Cavaliers, who have lost six in a row and 12 of 13.

“They were going downhill on us all day long,” Cavaliers coach John Beilein said.

The 76ers needed little more than Simmons in a dominant first half that ended with them ahead 77-36.

Simmons attacked the basket often and showed off a rarely seen mid-range game when he drained an 11-foot jumper with 6:04 left in the second quarter. That had 76ers fans cheering, but it was just an appetizer for Simmons.

With 3:41 left in the half, Simmons took a cross-court pass from Trey Burke and knocked down a 3 from the left wing. That send the sold-out crowd into a frenzy, and the roars continued when Simmons finished an alley-oop dunk from Burke on the  ensuing possession.

Simmons received a standing ovation at the next stoppage.

“I’m getting more comfortable learning my spots and just adjusting,” Simmons said. “I’m trying not to force it, trying to play the game I know how to play. Hard work pays off. Stay in the gym and keep working.”

Simmons finished the tremendous four-possession sequence with assists on Philadelphia’s next two trips, first to Horford for a 3-pointer and then to James Ennis III for a jumper.

Finally, Simmons ended the first half scoring with a 9-foot jumper for a 41-point lead entering the

IT SURE LOOKS LIKE DOC RIVERS IS THE SIXERS NEXT COACH! 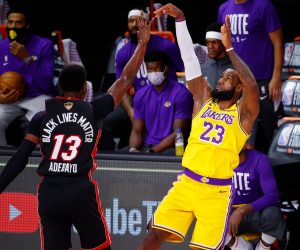