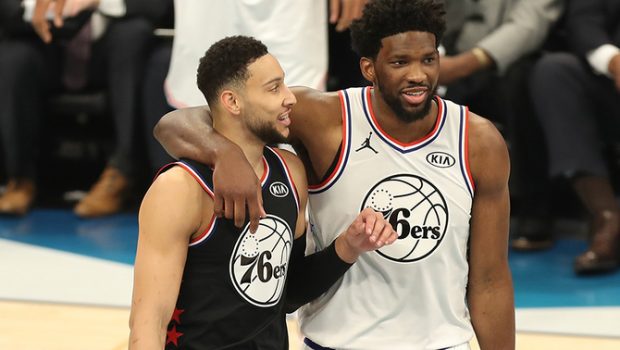 SIXERS BENNY GRADES OUT WITH AN A-MINUS, JOJO A B-PLUS!

Analysis
In 17 minutes off the bench, Simmons led Team LeBron with seven assists as part of a typically well-balanced stat line that also included six rebounds. Simmons made all five of his shot attempts to score 10 points, highlighted by an end-to-end dunk and a pair of his favored right-hand hooks.

Analysis
As the biggest player on the court by far in the closing stages of the game, Embiid was unable to take advantage, turning the ball over and missing twice at the rim in the final five minutes. He finished the night just 4-of-12 from the field but did pull down a game-high 12 rebounds and became possibly the first 7-footer in All-Star history to successfully execute a Eurostep.