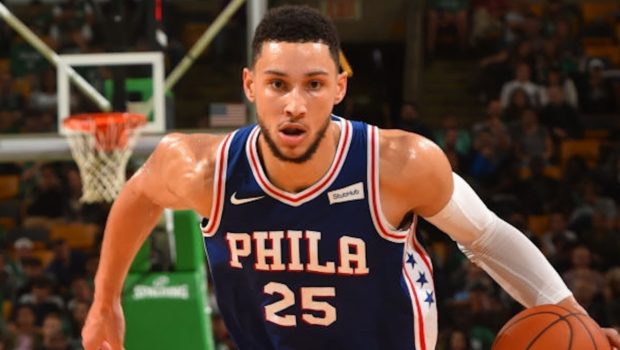 Ben Simmons became the first Sixers player (just the 11th in NBA history) to begin his career with two double-doubles as he ended the team’s 102-92 loss with 11 points and 11 rebounds. He also had five assists.

“I took what they gave me, it wasn’t enough obviously,” Simmons said post-game. “That’s just the way I play.”

Following an impressive debut in Washington, Simmons followed up with a solid showing against Boston.

Simmons shot just 4-for-11 from the field, and coach Brett Brown said the team would continue to work with Simmons on his finishing skills around the basket.

“I think this is part of Ben’s evolution going forward,” Brown said. “He really does do an amazing job of getting to the rim – because he can get close to the rim. So, is it one more dribble? Is it more coming to jump stops? Is it more up-and-under and going through people and looking for and-ones?

“The good news is that he’s got a skill that gets him there, and now we gotta help develop him to finish once he gets there.”

Despite not starring against the Celtics, Simmons’ showing still earned the praise of Boston’s All-Star Al Horford.

“Simmons is going to be a problem,” Horford said after the game. “He’s very poised. He is like my size – it feels like maybe even bigger – and his ability to get up-and-down the floor, it’s impressive.”