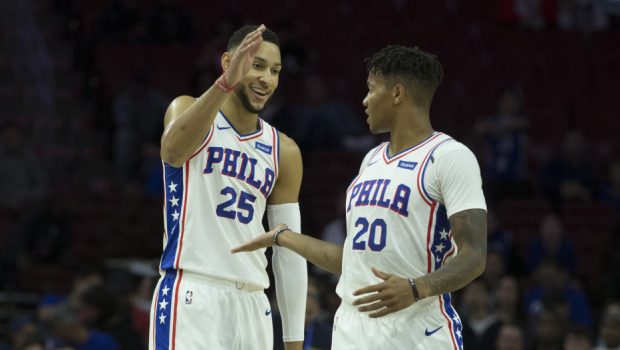 SIXERS BEN SIMMONS’ BACK IS STIFF, SO MAKE HIM IFFY TONIGHT!

Don;t expect to see Sixers point guard Ben Simmons in the lineup tonight when they play in Detroit.

He sat out practice yesterday with a stiff back which he suffered Saturday night against the Magic and caused him to leave the game with 4:19 remaining in the first quarter.

“I thought he played OK, but it was clear that something was going on,” coach Brett Brown said after the game. “Despite that, I thought he was OK on the floor, and I just took him out and was informed that he wouldn’t be coming back.”

With Simmons out, Brown chose to go with T.J. McConnell at the point to finish Saturday’s game instead of Markelle Fultz.

If Simmons sits against Detroit, there could be an opportunity for Brown to start Fultz at the one, the position where he feels the second-year guard is best.